Use of CBD oil is legal for pilots, but only under certain conditions. Products derived from cannabis plant with less than 0.3-percent THC were declared federally legal in the United States.

The news came in December 2018 by a piece of legislation known as the U.S. Farm Bill. Instead, the “high” in recreational purposes of marijuana comes from the THC content, which is normally between 3% and 30%.

Your local and state law may provide up-to-date information on the use, possession, and distribution of CBD Oil. This is because some jurisdictions have established tougher limits than the federal regulations.

CBD oil has been made lawful in some jurisdictions. However, the Food and Drug Administration (FDA) has only issued permission for the medicinal use of a single CBD product.

Although some states have made it legal, in others, it comes under illegal drugs. This medicine is only available with a doctor’s prescription.

It is prescribed for treating rare forms of epilepsy, as per the controlled substances act. So, recreational marijuana is permitted.

The FDA has not approved the use of CBD products currently on the market. CBD oil on the market is not held to the exact quality control requirements as other chemicals that the FDA has approved.

Because it is not subject to quality control by the FDA, CBD oil that is commercially available may contain other substances. They may be inconsistent with product labels.

One example of such a substance is tetrahydrocannabinol (THC). It is the compound responsible for the euphoric and mind-altering effects of marijuana.

Airline pilots must know that mandatory blood test administered by the Federal Air Surgeon’s Office check for the presence of THC regularly. Therefore, pilots who use CBD oil available in the market risk testing affirmative for THC.

They may be putting both their medical and airman credentials in jeopardy.

Cannabidiol (CBD) oil and other cannabis-infused products, including marijuana, are prohibited by federal agencies. These products will not pass through official screening.

This is according to Carrie Harmon, a U.S. Department of Transportation spokesman. Under the terms of the 2018 Farm Bill, however, CBD hemp-derived products containing no more than 0.3% THC are permitted to be sold.

THC is a vital element in marijuana and responsible for its psychoactive effects. In addition, the Food and Drug Administration (FDA) has made special issuances. 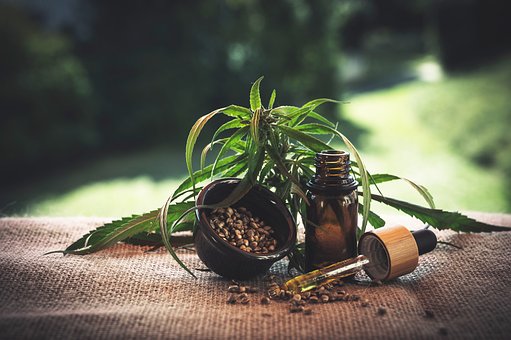 This is a warning to businesses that it is against the regulation to add CBD to foods or dietary supplements. This is because it has not been designated to be GRAS, which stands for generally recognized as safe.

The new regulations of the TSA make it possible for passengers to bring on board the following items legally:

How long does cbd stay in your system?

The effects of CBD use on a person’s system might last anywhere from a few hours to around a month. This is contingent on the individual’s dosage and how they take it.

CBD’s half-life in the body can be anywhere from one hour to five days. The amount of time it takes one-half of a material to be eliminated from the body is called its half-life.

Because being a pilot involves taking on an extremely high degree of responsibility. So, it should be no surprise that pilots are subject to drug testing by the DOT and the FAA.

All individuals interested in working with the FAA require a drug test. This also works in your affirmative defense.

Employers in the airline industry who abide by the FAA’s requirements must conduct random and periodic drug tests on their workers. Random testing helps guarantee that workers inside the FAA with access to sensitive information are not under the influence of illicit substances.

These include marijuana, cocaine, amphetamines, opiates, or any other type of narcotic. A test might occur at any given moment, and a refusal to take the exam would be a positive result.

The FAA is not required to provide a warning for random drug testing. However, the agency does inform new workers that they will be subject to drug testing as part of the onboarding process.

Do you have to pass a drug test to get pilots license?

Applicants for the pilot position must pass a drug use test as part of the selection process. Before being permitted to work as safety-sensitive employees, such as becoming a pilot, there are regulations.

The individual applying for the job must pass a drug test and have a negative result.

Can the FAA see if I have a medical card

FAA does not explicitly require drug testing for A&P mechanic license holders. However, the FAA does mandate drug testing on staff members and contractors.

There is no way to avoid dealing with it. If you work in the aviation industry in a role that requires you to contact an aircraft, you will be subject to random drug testing at some point.

The procedure is quite similar to that which is used by major league sports with its athletes. No certificate holder or operator may knowingly use any individual to perform any function listed in Subpart E of this part.

They may not perform any function listed in Subpart E of this part for pilot certification or operator, either directly or by contract. At the same time, that individual has a prohibited drug.

Additionally, no individual may perform for safety-sensitive functions listed in Subpart E of this part. This rule applies when an individual is under the influence of a prohibited drug.

This medication is the first one of its kind to receive approval from the FDA. It comprises a drug ingredient extracted from marijuana and then purified.

This is the first time the FDA has given its blessing to a medicine that treats patients diagnosed with Dravet syndrome.

Can truck drivers use CBD oil?

CBD may be purchased in various forms, including oil, cream, lotion, gummies, and pills. It is believed to be effective in treating various medical conditions.

The conditions include epileptic seizures, anxiety, depression, muscular and joint pain, and migraines. Truck drivers in the United States are permitted to use these items since, according to federal law, they do not violate any laws.

FAQ relating to can pilots use CBD oil

Is CBD banned by FAA?

In a recent clarification, the TSA stated that passengers no longer need to obtain permission before bringing CBD oil onto a flight. Nevertheless, numerous other concerns around cannabis policy and flying still need to be addressed.

It mentioned what they should consider before deciding whether to submit to drug testing before certification. Although the FAA will not take action against pilots who use CBD concerning the medicine Epidiolex.

The FDA has approved the same. However, using CBD oil will not be an acceptable justification for testing positive for THC.

If a test comes up positive for THC, they won’t be allowed to fly. This is true even if it was just a trace of THC from full spectrum hemp oils or medicinal marijuana.

This is correct even if it was approved by a doctor and legal in their state. A pilot applicant who takes medical marijuana for treatment would need to analyze it and go under medical review officer carefully.

They should see whether or not it would be advantageous to give up cannabis use to improve their chances of being certified.

Does CBD show up on FAA drug test?

Cannabidiol, often known as CBD, is not anything a drug test should detect. The primary psychoactive component of marijuana is called delta-9-tetrahydrocannabinol, or THC for short.

However, many CBD products include trace amounts of THC. If there is sufficient THC in the system, it will come out positive on a drug test.

This indicates that there is a possibility, albeit remote, that consuming CBD might result in a positive drug test. Everything is determined by the kind and level of quality of the product.

Does CBD help with flying?

Your nerves may be calmed, and the tension generated by anxiety can be released by taking a few drops of CBD oil before or during your journey. This will result in a less stressful experience overall.

It will also calm your mind and body, allowing you to get a good night’s slumber while in the air.

Can pilots use Delta 8?

It possesses psychedelic qualities, with effects that are not as powerful but equivalent to those of other substances. Delta 8 THC metabolites trigger several drug tests seeking Delta 8 THC levels.

These compounds are quite similar to one another chemically. The bottom line is that no one who is required to pass a drug screen, including pilots, should ever take one of these.